One of my favourite activities involves walking through the corridors of the Primary School in the weeks leading up to a chag (festival). Even if I have no specific reason to visit the Primary School, I still enjoy walking up and down the corridors. I did this yesterday and was delighted to hear the voices of the children singing the various traditional (and not so traditional) Chanuka songs. I have never heard a Chanuka song to the tune of I Gotta Feeling by the Black Eyed Peas before.

Of course, we know that Chanuka involves more than just singing songs. Chanuka is also known as Chag Ha’Urim, the Festival of Light. We know that light was created very early on in Bereishit (Verse 3), and when we understand a concept or learn something, we become enlightened. How do we, as educators, kindle the flames within our students to remain passionate and motivated so they continue to sing these songs with the same level of enthusiasm they demonstrated yesterday?

Chanuka and Chinuch (education) share a common shoresh (three-letter root). The word Chanuka is defined as re-dedication, as in the re-dedication of the Temple after the Jewish people vanquished the Greeks. At its core, the battle was about the continuity of Jewish identity. As educators, we ‘dedicate’ our time, energy and resources, like the Macabees, to transmit the spark of Jewish identity to future generations in order to ignite their love of and commitment to Jewish texts, Jewish living, the Hebrew language and our homeland, Israel. Each of these is vital in maintaining and strengthening our Jewish identity.

Chanuka can also be understood as education (Chinuch), bestowing a child for the holy ambition of a Jewish education. I am referring to the inculcation of a way of life, not just to the transfer of information and ideas. Mishle (Proverbs 22:6) teaches us “Chanoch l’na’ar al pi darko”; teach the young according to his/her way so that when they grow up, they will not deviate from it.

Chinuch is a topic that deserves special attention during Chanuka, a time when the very essence of Jewish education was threatened by a Hellenistic cultural darkness that dismissed the study of Torah and the observance of mitzvoth.

In addition to Chanuka and Chinuch, the name of the Biblical character, Chanoch also shares the same shoresh. The story of Chanoch sheds light on what we can learn about the connection between Chanuka and Chinuch. In the retelling of the lineage between Adam and Noah, the narrative that describes Chanoch deviates in two ways from the regular formulae used for the other personalities. First, it mentions the phrase “… and Chanoch walked with HaShem” twice. His lifespan was also significantly shorter than those before and after him. Commentators suggest that Chanoch, in an effort to refine himself, distanced himself from the community.

“… we all have a role to play within the community.”

Jewish living is centered around the community, as Hillel says in Pirkei Avot (Ethics of the Fathers 2:4), “Do not separate yourself from the community”. Seclusion and isolation are not the Jewish way. Our sages, based on this, teach us that we all have a role to play within the community. As parents, we cannot pass on the responsibility of Jewish education. We need to make sure we are also passionate and motivated in an effort to lead by example. Only then do our children’s educators stand a chance of succeeding.

These three concepts are inextricably linked:

If we ignore just one of them, I am not sure the same voices will be heard in the Primary School corridors.

Chanuka celebrates the past, present, and future. The miracle of the small cruse of pure oil reminds us to always have hope, where the light will triumph over darkness.

Wishing you and your families Chag Chanuka Sameach. 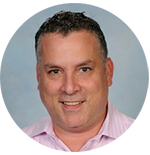 Ronnen Grauman is the Acting Dean of Jewish Life and Learning at Moriah College in Queens Park, NSW