The use of e-cigarettes is on the rise, particularly among high school students in Australia, and, given that the use of these devices is a relatively new phenomenon, we felt it important to provide students and parents with some relevant background information.

Electronic cigarettes are battery-operated devices that heat a liquid to produce a vapour that is inhaled. The fluid usually contains propylene glycol, glycerol, nicotine and added flavouring(s). The devices are designed to deliver the aerosol directly to the lungs. Some resemble conventional cigarettes, while more recently developed devices look like everyday items such as pens or USB memory sticks. The appeal of these flavoured e-cigarettes to adolescents has led to their rapid uptake around the world.

While the damaging impact of smoking tobacco is well known, the short and long-term health effects of e-cigarettes are still being researched.

Although the compositions of the e-cigarette liquids vary, they all contain a range of different solvents and flavouring agents which have the potential to increase the risk of developing cardiovascular, cancer and respiratory diseases.

When overheated, the solvents propylene glycol and glycerine can produce dangerous levels of the carcinogens formaldehyde and acetaldehyde.

The vapour can also contain:

More serious adverse events have also been reported, with over 200 incidents in the US and UK alone of e-cigarettes overheating, catching fire or exploding, leading to disfigurement and life-threatening injury. The rising popularity of e-cigarette use internationally has also corresponded with an increasing number of reported nicotine poisonings due to skin exposure to or ingestion of e-liquids.

The newest and most popular vaping product is the JUUL, which resembles a USB memory stick.  This device now accounts for three quarters of the market share in the United States and every JUUL product contains a large dose of nicotine. Many lawmakers and public health officials in the US have criticised the company’s marketing practices, believing them to have targeted teens through social media influencers and their promotion of fruity pod flavours, which are now only sold online.

Vaping and the Law in New South Wales

Nicotine is known to be very addictive and can impact on brain development in teenagers, affecting memory, concentration, learning, self-control, attention and mood.

“While smokers build up a tolerance to nicotine, people exposed to nicotine for the first time may experience mild symptoms of nicotine poisoning.”

Vaping at the College and College Events

I need to make the College’s position clear for all parents and students. Students must not “possess, smoke, consume, use, or deal in tobacco, e-cigarettes, prohibited drugs, alcohol or assist another person to obtain, consume, use, or deal in such substances, on College premises including buildings, gardens, sports fields and car parks and at College sanctioned events, including camps, trips or tours conducted by the College.”

Addressing this matter with students

While education regarding the dangers of tobacco and e-cigarettes is part of our normal Personal Development, Health and Physical Education program, over the next week, our PDHPE staff will be addressing e-cigarette use specifically with all High School students.

At Moriah College, our Wellbeing team is always on-hand to offer expert advice and assistance on these matters, and we encourage parents with any questions or concerns regarding their child’s health to contact a member of the team or their child’s Head of House. 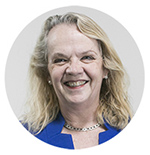 Jan Hart is the Head of High School at Moriah College in Queens Park, NSW.

Leading the way in parent education

Moriah College actively engages with parents to ensure student wellbeing in a variety of ways.

As part of the Eastern Suburbs School Leaders for Youth (ESSLY) program, Moriah encouraged parents to attend the inaugural parent information night, ‘After the Bell’, on 3 April 2019. The focus of the event was on safe partying and included information about smoking and inhalants, due to an increase in the use of these amongst teenagers in Australia.

The College seeks to partner with parents to inform them of any issues relevant to school-aged children in NSW. The school does this through blog posts, offering SchoolTV, and inviting blue-chip presenters to speak to students and their parents.

2 thoughts on “The new addiction: we need to stop our teens before the effects can’t be undone”